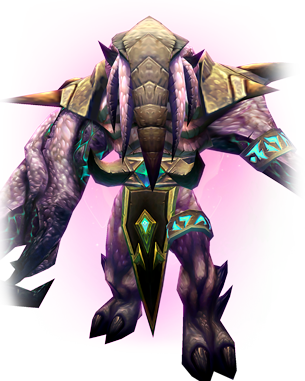 The once great Nerubian Empire is now an underground Ahn’kahet city controlled by Scourge nerubians and Yogg-Saron's faceless ones. Four merciless ANK bosses are waiting to take on you brave players. However, those who choose to run Ahn'kahet Dungeon in Heroic mode will encounter another one boss here, Amanitar. Fighting every boss in Ahn'kahet, be it a giant arachnid creature or an elemental, requires great teamwork, agility, and good WoW WotLK skills. If it so happens that you, unfortunately, do not have a team right now, do not worry, because here you can find a team of consummate Frostyboost players! Together with them, you will complete Ahn'kahet Dungeon in any mode you want, be it Normal or Heroic ANK run, skillfully defeat every boss in ANK, get the coveted normal or heroic Achievement and loot a ton of useful items. Buy WoW WotLK Ahn'kahet: The Old Kingdom Boost and let's start the run of Ahn'kahet Dungeon and defeat the villains!

Don't waste your valuable time! It is better to immediately contact the Frostyboost team for ANK Boost Service. Buying Ahn'kahet: The Old Kingdom Boost, you will get satisfaction in completing ANK Dungeon and enjoy such an exciting and successful journey!

How long will we run the Ahn'kahet Dungeon?

We will complete it in 3 hours maximum.

Where can I find the ANK Dungeon?

It is located on the continent of Northrend, in Dragonblight.

Trustpilot
Sign in
Submitted succeessfully!
Register
Password recovery
On the other hand, the scope and place of personnel training require definition and clarification.
Cooperation
Thank you,
Item is added to the cart.
Go to the cart
Sorry,
Item is not added to the cart.
Contact the administrator
We use cookies to personalise content and ads, to provide social media features and to analyse our traffic. We also share information about your use of our site with our social media, advertising and analytics partners who may combine it with other information that you’ve provided to them or that they’ve collected from your use of their services. Usage of our site assumes you agree with these terms.Ok